Despite the several assurances by the National Chairman of the Peoples Democratic Party (PDP), Iyorchia Ayu, and as he reiterated the party’s stance on the controversial demand to jettison its existing zoning arrangement, the committee in charge of zoning seem to have taken a different route.

Mr Ayu, during the inauguration of the 37-member zoning committee in Abuja, said the PDP will stick to its custom of rotating its political offices among geopolitical zones in the country.

While the party has successfully crossed the hurdle of zoning its national officers at its 2021 National Convention, the controversy around where the party will zone its presidential ticket has pitched the Northern Cabal against the Southern Cabals.

Push News 24 International can confirm that the Northern Cabal led by Atiku Abubarka have been visibly seen making the rounds on a no zoning mantra while the Southern counterpart led by Chief Bode George seem to reply on the provisions of the party constitution on zoning.

There have been calls from the PDP leaders, especially those from the Northern region, to jettison the rotation arrangement and throw the ticket open.

The 2019 presidential candidate of the party, Atiku Abubakar, has been at the forefront of the campaign, dismissing the debate on zoning as the solution to the leadership crisis facing the country, Atiku reported cautioned the party as most his allies are key sponsors of the party machinery.

His view was also recently aired by the Governor of Sokoto, Aminu Tambuwal, who on Tuesday cautioned his party against maintaining status quo on zoning rather than focusing on fielding a good candidate.

This is coming as the South-west and South-south intensify their campaigns for a Southern president.

Both Messrs Abubakar and Tambuwal are gunning for the PDP presidential ticket whether the party zones it to their region or throws it open for all.

A reliable source said the Northern cabal of the PDP is bent on a showdown if the party zon s the ticket to the South and would rather prefer a no zoning arrangement under whatever reason. Push News learnt it’s in a bid to pave an easy way for the emergency of Waziri Atiku Abubarka to be the party standard flag bearer.

In a bid to avoid crises the committee was advise on a no zoning recommendation.

In similar report Punch News also reported to the exclusive:

As its mandate ends Tuesday, the 37-person zoning committee of the Peoples Democratic Party has flung open its presidential ticket to all aspirants; The PUNCH has learned.

The decision came after a meeting on Tuesday at the Benue State Governor’s Lodge, Asokoro, Abuja.

According to a source who pleaded anonymity, the committee threw open the ticket “due to exigency of time” saying “zoning, as in our party constitution, is affirmed.”

The document sighted by our correspondent read:

“1. Zoning, as in our party constitution, is affirmed.

“2. Inspite of (1) above, (the) Ticket is thrown Open, this time around due to exigency of time.

“4. Our Party should commend the efforts of some of our contestants on the issue of consensus candidacy; the efforts should be seen to a peaceful and logical conclusion.”

On March 16, 2022, the party’s National Executive Committee, at its 95th meeting, instituted a 37-man committee comprising members from the 36 states of the federation and the Federal Capital Territory to recommend a zoning formula for the various electoral offices ahead of next year’s polls.

Addressing journalists at the end of the meeting, Benue State Governor Samuel Ortom said, “by the Grace of God, we have unanimously adopted a position that will be sent to the NEC of our party that appointed us.

“The good news for the teeming supporters of the PDP and Nigerians is that we have resolved and every one of us -the 37 members, unanimously adopted the position that we are going to present to NEC.”

Although Ortom was reticent about the zoning formula, The PUNCH learned that the committee would urge NEC to fling open the Presidential race to all aspirants, irrespective of their zones.

Another senior party source who spoke to our correspondent shortly after the meeting said the party would throw open the presidential ticket rather than restrict it to a region.

The source said, “Reference was made to the 10 states with the highest turnout of voters in the 2019 elections. Of these 10, nine were Northern states and only Lagos made the list. Kano, Kaduna, and Katsina had the highest voter turnout while Lagos came a distant fourth.

“Aspirants should be allowed to test their popularity at the primary election but if they choose to adopt a consensus approach, that will be acceptable to the party. It is a position every member of the committee was comfortable with.”

The PDP had zoned its presidential ticket to the North during the 2019 general elections.

The party argued that the zone still had an uncompleted tenure following the demise of former President Umaru Yar’Adua, on May 5, 2010, who only served for two years and 11 months. 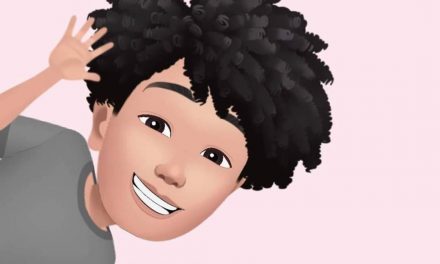 This list of Nigerian first female professors in each discipline will shock you!!!

US TO REDESIGN DOLLAR : IT’S THE HANDIWORK OF SOME LAZY YOUTHS – Push News Editorial Board